One of the toughest things dog owner can experience is watching a beloved pooch’s hind legs grow weak. Indeed, seeing a once-proud gait devolve into a feeble scamper is enough to make you feel helpless. But don’t throw in the towel – you can give your buddy some help.

What Causes a Dog’s Hind Legs to Grow Weak?

There are several ailments that can cause a dog’s hind legs to lose its power and normal abilities. What makes the condition truly frightening is that the condition could manifest itself in a very sudden manner, seemingly without warning. As one may guess, several of these conditions relate to issues involving the spinal column, such as intervertebral disc disease or vertebral instability (which is also known as “wobbler syndrome”).

More often than not, the condition will be brought about by the effects of osteoarthritis. Another big culprit is a condition known as hip dysplasia; a gradually-inducing condition that occurs when the bones within a dog’s hip joint begin to separate, hindering the joint’s ability to operate properly. Over time, this separation will end up making tasks that used to be mundane for a pooch extremely difficult, such as climbing the stairs.

While conditions causing hind end weakness usually happen to older, larger breed dogs, these conditions can crop of in dogs of all ages and sizes. In the case of hip dysplasia, the condition could be brought about at a much early age, since it could settle in while the dog is in the midst of his developmental stage. In some cases, hind end weakness could be accompanied by other secondary symptoms, such as trouble urinating or lack of control while defecating.

If your pooch has weakness in her hind legs, one of most frustrating things about it (for you and for her) is that she probably won’t be able to get around like she used to.

Because these are also the times your dog probably needs to cuddle on the couch the most, I highly recommend looking into indoor dog ramps and/or dog stairs.

I usually recommend the ones from RoyalRamps, since they’re such high quality (this is not an affiliate link, by the way; I just know one of the owners, and they make fantastic products). They look like this. 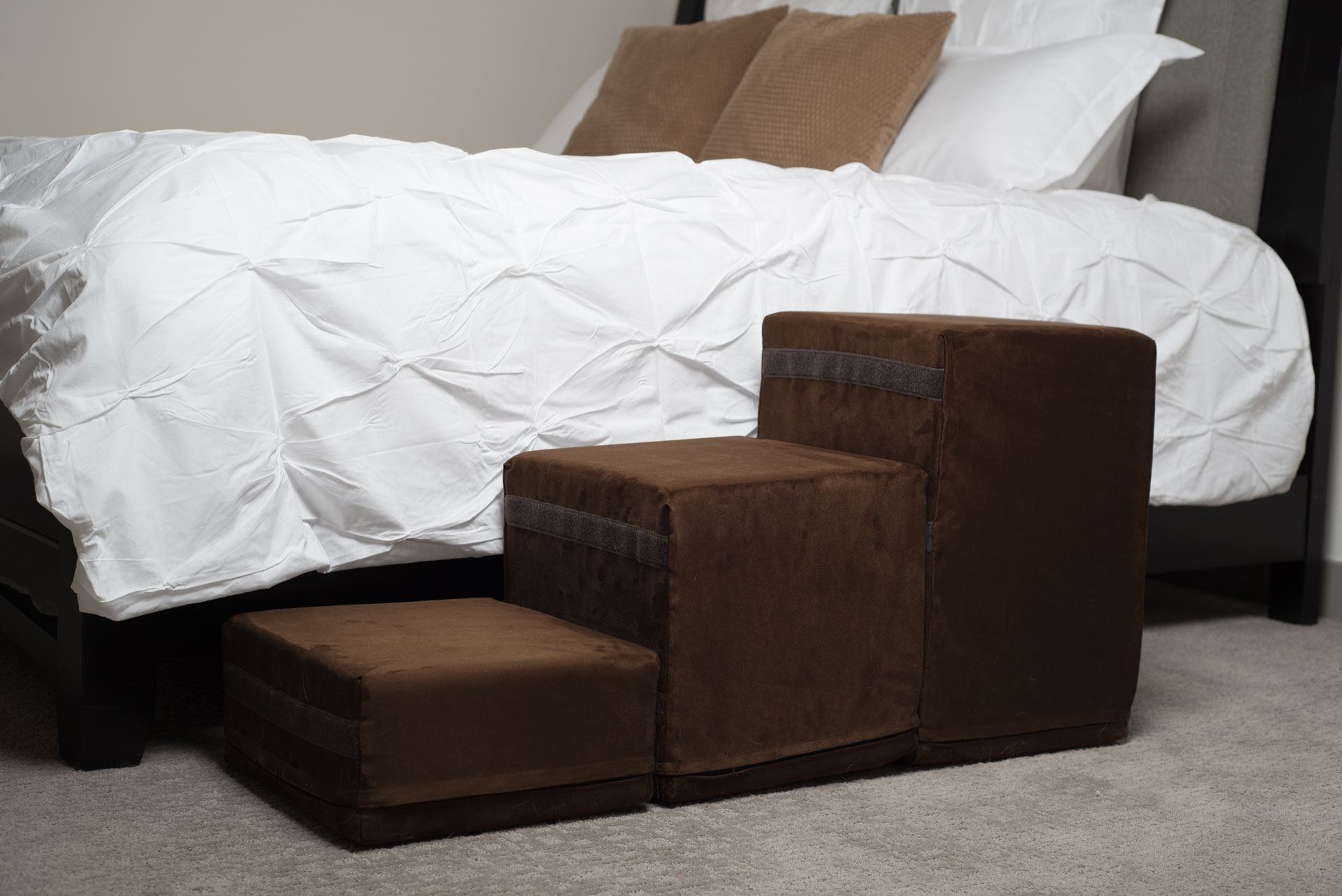 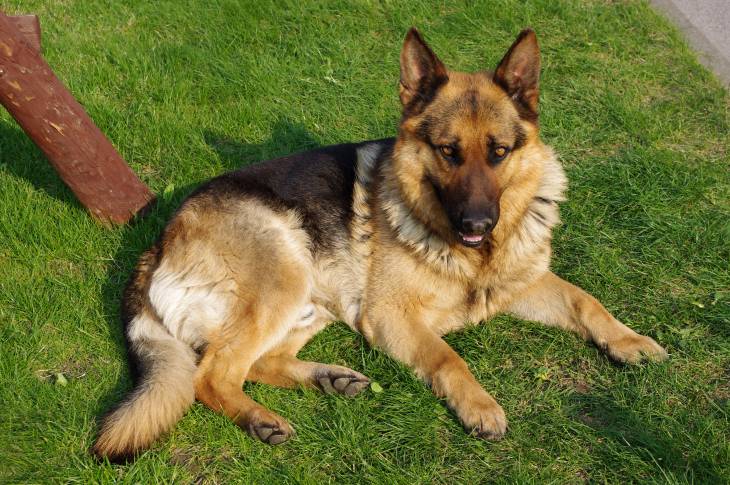 The most frightening disease associated with hind end weakness in dogs is a condition called Degenerative Myelopathy, otherwise known as DM. It is an extremely brutal disease, as the condition has no known cause, nor does it have a cure. It is most commonly seen in large breeds – in particularly German Shepherds – but it can present itself in smaller dogs.

Over time, this lack of movement could cause atrophy in the dog’s hindquarters. The aggressiveness of the disease may fluctuate over time, but it will not fully let up. Eventually, the affected dog will get to the point where he can no longer walk.

Diagnosis and Prognosis of DM

Because of the severity of DM, the condition tends to get diagnosed by a vet only after all of the other diseases and conditions that could cause hind end weakness are ruled out. And if it is determined that the dog has the condition, the unfortunate reality is that there is no effective way for it to be treated. However, studies have shown that dogs that receive physical therapy can at least have a longer and an improved quality of life versus those that do not have therapy.

Although a cure for DM has yet to be discovered, scientists have at least been able to determine that dogs with the condition carry a specific gene mutation. Furthermore, dogs that carry two copies of the gene are nearly all affected by the condition. This identification has been a vital tool to halt the condition in future generations, as being able to identify potential carriers of the condition enables them to be taken out of various breeding programs.

It’s Tough, But You Can Be Strong

It can be downright heartbreaking to watch your four-legged friend struggle to trot, walk, or eventually, even move. However, if you have a dog that develops hind end weakness, it’s up to you to be strong and love him as much as you possibly can. Your dog will be in a time of need from the onset of these conditions; the least you can do is to meet his needs as best you can.