Gatorade has been an effective way for people to replenish and rejuvenate fluids after an intense workout or a nasty illness for about a half-century. There is a contingent of dog owners that implement the sports drink to help their pooch battle certain illnesses like diarrhea. But is it safe?

The Problem of Dehydration in Dogs

The main reason dog owners turn to Gatorade to help their dog is because it can fend off dehydration. It is a common, yet potentially dangerous canine issue, one that’s brought about by an insufficient intake or replacement of lost fluids like water. Although your dog doesn’t sweat, there are a few ways you can determine if he may be dehydrated, particularly if you see possible symptoms such as diarrhea, vomiting, or lethargy.

The Rationale Behind Giving your Dog Gatorade

For some dog owners, Gatorade makes for an attractive option to re-hydrate their pooch. After all, the beverage is formulated to recoup the electrolytes that help keep your body running smoothly, and a loss of electrolytes can cause your pooch to walk the path of dehydration, too. This supplies the reasoning for Gatorade as a canine aide: If it’s a liquid that keeps our bodies in balance, shouldn’t it do the same thing for our companions?

If you’ve contemplated going down this road, you’ll be happy to hear the answer to this question is “yes.” However, don’t automatically dump a whole container of the stuff into your pooch’s dish just yet. There is a caveat to providing him with this beverage.

Functionally speaking, Gatorade will act the same way in your pooch as it does in you. It will restore his electrolytes and keep him hydrated, and it will also make him feel better if he’s suffering from an issue like diarrhea. The fact that he’ll find it tasty is a bonus.

However, Gatorade is also a drink that has quite a bit of sugar and sodium. Because our dogs are smaller than us, you should bear in mind that their organs are also smaller in size. They can’t process these additives as readily as we can, which could ultimately cause issues if given more than sparingly.

Because of this, it is wise that you only provide your dog with Gatorade very sparingly. Think of it as having the same guiding principles as what you may have laid out for your own child. You work to make sure he’s not over-indulging in an excess of sugary stuff, so why wouldn’t you do the same thing for your four-legged friend? 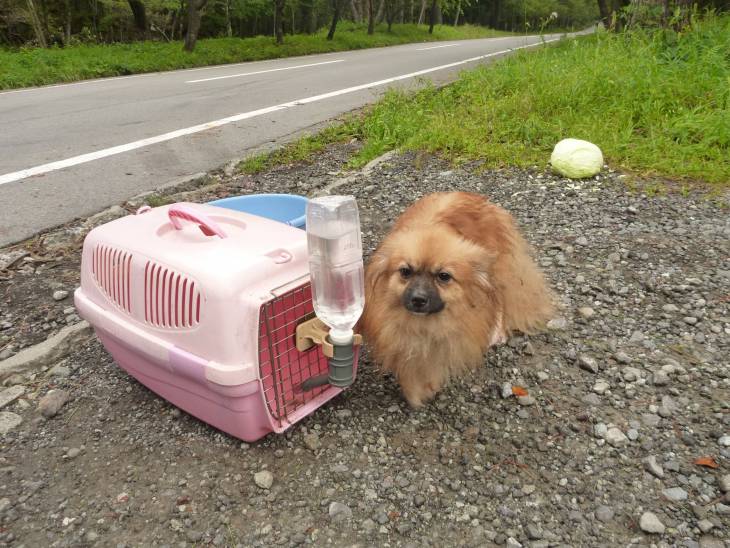 Your best bet when it comes to giving your dog some Gatorade is to dilute it with water. Ideally, you’ll want a 50/50 mixture of the sports drink and the traditional wet stuff. If you want your pooch to take in the Gatorade even slower, you can freeze the diluted mix into ice cubes and have him “work” for his treat.

It’s also a good idea to remember that Gatorade is not the only sports drink in town these days and that any beverage that features electrolytes can be an effective aid to helping canine dehydration. Some of these beverages, like Smart Water, feature an infusion of electrolytes and light flavor without the sugar present in Gatorade. Other beverages, like Pedialyte, are formulated with children’s bodies in mind, which could inadvertently make it easier for your pooch to handle.

Dehydration Should Not be Ignored

Dehydration may be a common canine condition, but that doesn’t mean it’s not something you shouldn’t monitor. If left untreated, it could lapse into some horrid conditions, such as shock. Fortunately, it’s something that can be combated rather easily on your part.

If you do choose to fight the condition with Gatorade or another similar substance, please bear in mind that doing so should be approached with a spirit of moderation. This will go a long way in protecting the rest of your pooch’s health in the long term. And taking the time to ensure a long, healthy life for your dog is something you should always be trying to do.